Confessions of a Nervous Flyer

I don’t like to admit when I’m scared of things – especially not things to do with travel. Self-confessed travellers are meant to be fearless, right? But visiting new countries, learning about other cultures and meeting new people exhilarates me, they don’t scare me. So what’s up?

The truth is, I’m a bit of a nervous flyer. I won’t go so far as to say I’m scared of it, because it completely depends on the day and the flight I’m on. I’m perfectly fine if it’s a smooth take off, smooth cruise, smooth landing, but anything else is enough to get my palms a little sweaty.

With at least 16 flights planned for this year, I decided it was finally time to get over it once and for all. In this post, I will list the reasons I’m nervous, the rough science behind what’s actually happening and then work out some techniques on how to cope. So think of this post as a bit of a self-help guide for me, but I hope it will help you too.

The reason: Turbulence will no doubt appear on every nervous flyer’s list. It’s an odd feeling being in an object 37,000 feet in the air and having it shake, isn’t it? I get a bit nervous the plane is falling out of the sky, but it’s virtually impossible for an aeroplane to be that badly affected by turbulence.

The rough science: Turbulence is no more than a few bumps in the air, just like driving on a bumpy road. Even when knocked off its course, the aeroplane will automatically return to its original position. Your pilots are trained to try and avoid these rough patches to make your flight as comfortable as possible. While it may feel like you’re freefalling, aeroplanes rarely rise or fall more than 10m during periods of turbulence (which is nothing compared to high high you already are).

Overcome your fear of flying by taking the easyJet Fearless Flyer course. Find out all about my review of the course now!

The reason: Genuinely the only reason I am scared of take-off is the Final Destination movie. I’m not sure which one it was, but there’s a scene where an aeroplane has just taken off but immediately explodes and plummets to the ground. And now I can’t get that image out of my head when I take off. Damn you, Hollywood!

The rough science: Your plane is very very very unlikely to spontaneously combust upon take off. Or at any other time for that matter! Aeroplanes will have been checked by airport staff directly before take-off, and are given the equivalent of an MOT before every single journey.

The reason: There have been a few news stories recently about air disasters. Despite my understanding of creative writing, and the fact that fear sells, I have been known to play into the hands of journalists and believe everything they say.

The rough science: Note that in my intro I said there have been a few, not a lot. Because if you think about the 3,000,000 flights that happen everyday, and then think about the 1 you hear about per year, it really puts things in perspective. What are the chances your plane will be the one to go? Too small to even bear thinking about. So don’t.

The reason: Let’s face it. Other people are annoying. I once flew to NYC and could smell smoke every time the dude in front of me went to the toilet. It turned out he had been smoking in the toilets, despite all the warning signs, cabin crew pleas and smoke detectors that were a clear indication that he shouldn’t. He had put us all in danger, just for the fact that he couldn’t wait 8 hours for a cigarette. Other times, I’ve had drunk people disrupting flights, people screaming, people being sick…

The rough science: Unfortunately this is just one of those things. There’s no science behind why people are annoying. Actually – that’s a lie. Isn’t psychology all to do with that? Anyway… it’s too big a subject for me to go into. You’ll just need to put up with annoying people, I’m afraid!

The reason: Dare I say it… terrorists are a bit scary. But that’s what security is there for!

The rough science: Flying is THE safest form of transport, if you don’t count spinning around in your office chair. But, even that could cause serious injury if you go too fast or bump into someone mid-spin. Just think about the screening you went through on your last flight – the same screening happens to everyone, and it is incredibly thorough.

The rough science: Remember what I said above about take-off? The same is true for plane defects… your plane will have been given the equivalent of an MOT before every journey, and any tiny little defect will be picked up by experts that know exactly what to look for. Also, your pilots are trained to pick up on anything unusual. They want to get home safely just as much as you do, and emergency landings are a huge part of their training.

The reason: Planes make an awful lot of noise – there’s that beeping in the cabin, like, the whole time, the huge roar of the engine before take-off, and then a great bit clunky sound when you’re coming in to land. They can only mean one thing – impending death, right?!

The rough science: Absolutely wrong. Those noises are all completely normal, and haven’t you noticed them on every single one of the flights you’ve ever been on? The beeps are generally a signal to the cabin crew that they should be sitting down, or that someone in the cabin wants their attention. The engine noise is just because you’ve got such big engines stuck to the side of your bus to get you to your destination. And the clunky sound is the landing gear coming out from underneath the plane, getting ready to land. Simples.

The reason: Landing is actually my favourite part of flying, but I can completely understand why people get nervous of it. After all, you could miss the runway, the pilot could forget to brake, a violent gust of wind could take you off course.

Rough science: In reality, none of those things is going to happen. As I said above, your pilots are trained to deal with all of these things, and there’s always two for extra assurance.

That about sums up flying for me – a means to an end that can actually be genuinely enjoyable if you think about why you’re doing it. There’s really very little to be scared of, and it can all be put into perspective when you think of the crew that do it day in day out.

What makes you nervous about flying? Do you have any ‘coping’ techniques or top tips to share? 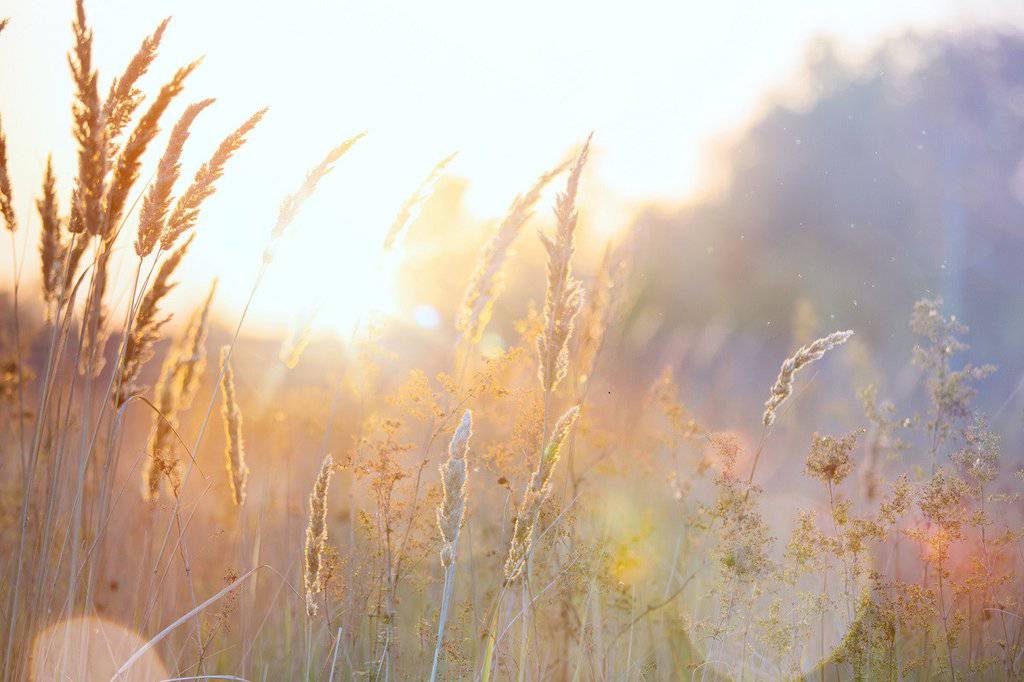 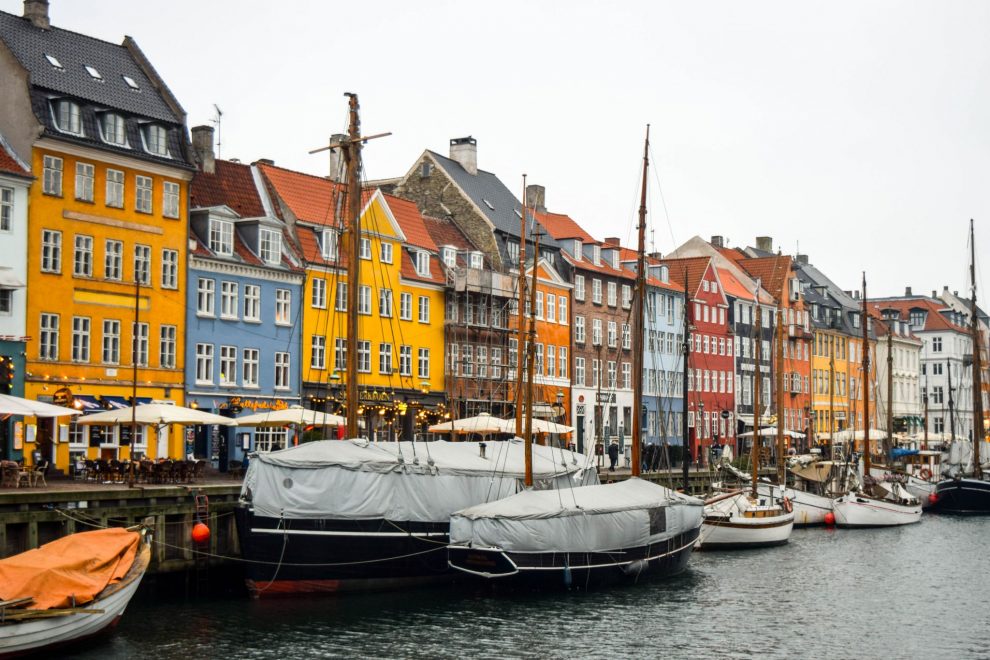 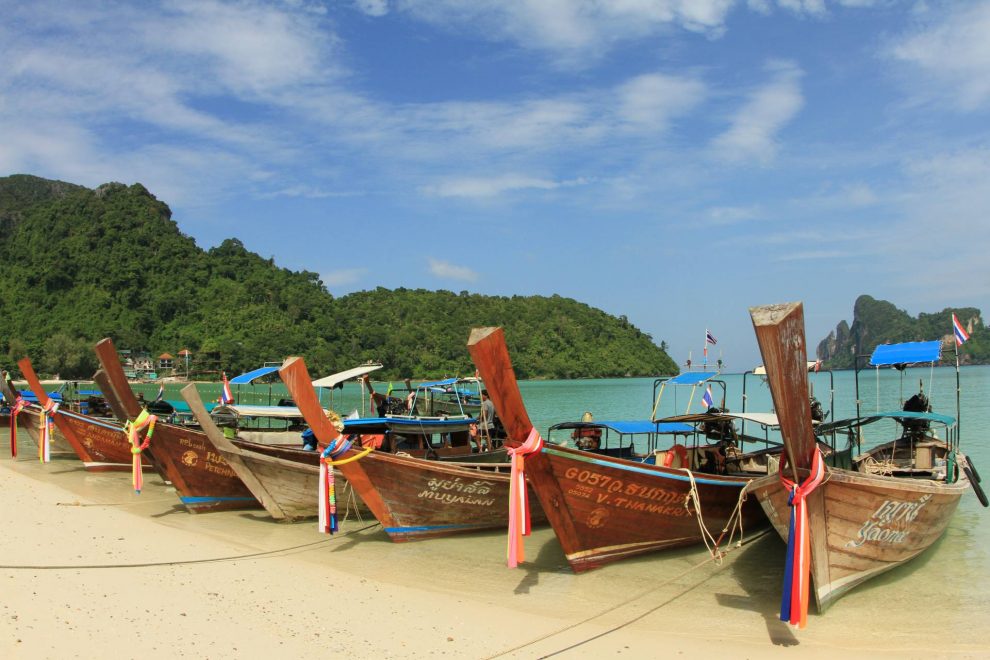 Why we chose Krabi over Phuket